'Flowers from the Frontline' at Garden Museum, London

An Exhibition of Ukrainian war flowers and a series of fine jewellery miniature pressed flower books on show at the Archivist exhibit at The Garden Museum, London. November 12th - December 22nd 2022. Three artists; jewellery designer Phoebe Walsh, painter Olga Morozova and filmmaker Carmela Corbett are collaborating on this ongoing project. Olga Morozova’s work Fortifications Of The City, 2022 is also part of the Young Masters Autumn Exhibition open to the public until January 10th 2023 at the Exhibitionist Hotel in South Kensington. 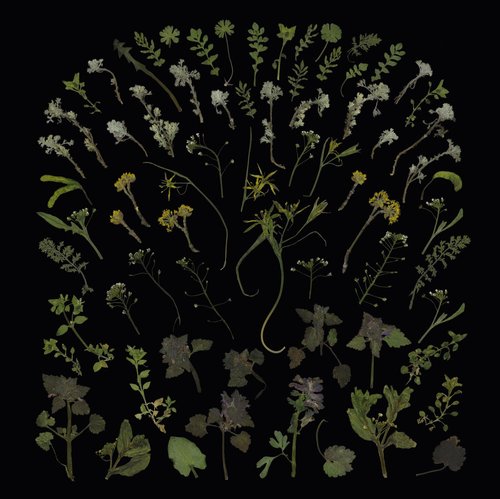 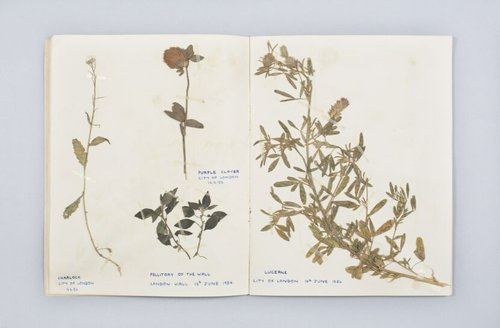 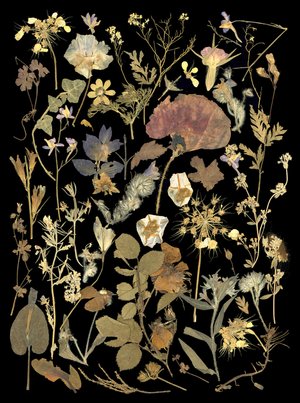 British jewellery designer Phoebe Walsh has created a series of 5 miniature flower pressing books in recycled Sterling Silver, each containing a single war flower from the new frontlines in Kyiv. The project began in March when a brave Kyivian artist Olga Morozova agreed to go searching for flowers as her city fell ablaze. In addition to the exhibition Flowers from the Frontline at the Garden Museum, Olga Morozova was selected to participate in the non-for-profit initiative Young Masters Art Prize exhibition 2022. Filmmaker Carmela Corbett is currently working on a feature length documentary entitled Flowers from the Frontline, which will explore the artist’s life and the power of art created during war.

‘Flowers from the Frontline’ Series will be on show at the Archivist exhibit, in the Garden Museum in London, from November 12th to December 22nd 2022. After touring, the series will be auctioned individually to raise money for Artists in Ukraine: https://gardenmuseum.org.uk/

Each of the five miniature books at the Archivist exhibit is small enough to fit on the palm of your hand. Engraved on the front with wildflowers, a trident on the spine and a single solitary sunflower frames the back. A single rotating page inside each book contains a moment of flourishing frozen in time - a single botanical picked from an unknown park in Kyiv as war descended. The war flowers, smuggled from Ukraine in books that once celebrated the great architecture of Kyiv, were picked by artist Olga Morozova in the first spring as frost thawed and bombing raids tormented Kyiv.

Phoebe commented, “It was two days after Russia launched its assault on Ukraine, that I found myself seeking solitude in flowers at the Garden Museum, burying my head in old pressings of medicinal plants from 17th century. There I was unable to find the words, to channel my feelings, and dreaming of remedies, methods of escaping the terrible events unfurling.” The objects intend to spark a much needed conversation about the continued atrocities happening in Ukraine. The series is a symbol of hope and flourishing in a time of great suffering. A reminder that the fragility of life can be restored. Alongside artwork created by Olga is Phoebe’s latest collection, Loveletter to Kyiv each design containing war flowers cast within and raising 20% for Ukrainian artists and charities.

Phoebe Walsh is a London based jeweller who creates botanical inspired jewellery that celebrates the humblest of forms in finely textured silver and gold, such as Blades of Common Grass. Her designs weave together elements from the natural world, myth and folklore. Forever the nature enthusiast, Phoebe seeks to connect her wearers to the life growing around us through her designs.

Olga Morozova is a Ukrainian artist born in Kyiv. She received a master's degree in painting from the National Academy of Arts and Architecture in 1998. She has participated in more than twenty solo exhibitions and over one hundred group exhibitions and international projects. In 2019, Morozova represented Ukraine in Dubai at the exhibition ‘Women Artists from 100 Countries’; in 2022 she took part in the exhibition of Ukrainian artists as part of the Venice Biennale; and in December 2022 she will represent Ukraine at the Asian Art Bienniale in Bangladesh. Morozova consciously chose the Fauvist palette, adopting the strong colours and fierce brushwork style. Working intuitively, Morozova boldly layers colours to create eye-catching compositions. The powerful temperament of an outwardly fragile woman is embodied in the graphic focus on the motif, in expressive and improvisational writing, in ornamental and decorative solutions. Morozova’s paintings are impressive, like stained glass windows, and create a luminous aura around them. Olga Morozova’s painting Fortifications Of The City, 2022 (Oil, sackcloth, trench sand)is also part of the Young Masters Autumn Exhibition 2022 open to the public until January 10th 2023 at the Exhibitionist Hotel in South Kensington. Details below.

Carmela Corbett is an actress, writer and producer who sings. She has performed on stage in major theatres in London's West End and in both New York and Los Angeles. On-screen, she has appeared as Lola in the BBC series Undercover, and in the final season of the highly popular Mad Men.  In October 2020 Carmela wrote, produced and starred in the upcoming British short film, Her Majesty, executive produced by Pete Townshend and directed by Rebekah Fortune. The film premiered at the Oscar/BAFTA qualifying LA Shorts 2021. Most recently Carmela won a best actress award for her work in the film at both The Strasberg film festival and the Midlands Film Awards UK. The film won Best Drama Short from the New Renaissance Festival Amsterdam 2022, Audience Choice award from HollyShorts 2022 and multiple accolades from the Lee Strasberg Film Festival 2022.  She is the director of Production Company, Corbett Productions and lives in New York City where she mentors and teaches young performers both privately and in a class setting.

Flowers from the Frontline at The Garden Museum, London

A the Exhibitionist and Gainsborough Hotels in South Kensington

Flowers from the Frontline Press Release